The movie on #Netflix ... bold concept with matured actors like Shefali Shah and Neeraj Kabi.

A story based somewhere in Mumbai where a famous actor Amar Kapoor has his high time in his career. But in his real life he is struggling with some issues led to divorce. Where on the emotional side he is very much attached with his daughter and vice versa his daughter too.

Tara Shetty, a widower runs a small restaurant and gives her catering service too, which connects her to the famous actor. She is struggling with money matters where gets support from her son and daughter with her work.

Both the lead characters are connected since a year over the phone conversation in the night at ten and share an emotional bond. Amar tried to convince her to meet one to one after a year and Tara agreed with little hasitation. One fine day both met and shared some feelings and then the journey begins.

But as in every relationship they too have faced some social issues when Tara's photo published with the famous actor in newspapers. And the struggle begins with two mature soulmates.

So what do you think about their struggle and their relationship? Is it work in any possible way? Are they able to come out?

Lovely movie to watch...do watch and feel the emotional journey of Amar and Tara. 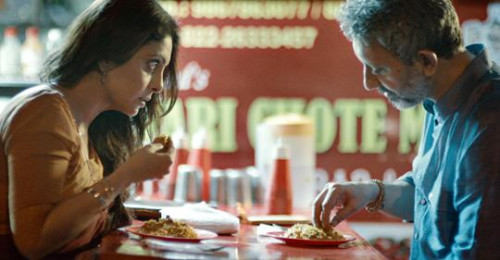